Small Businesses Get Hit With Record Numbers Of ADA Lawsuits 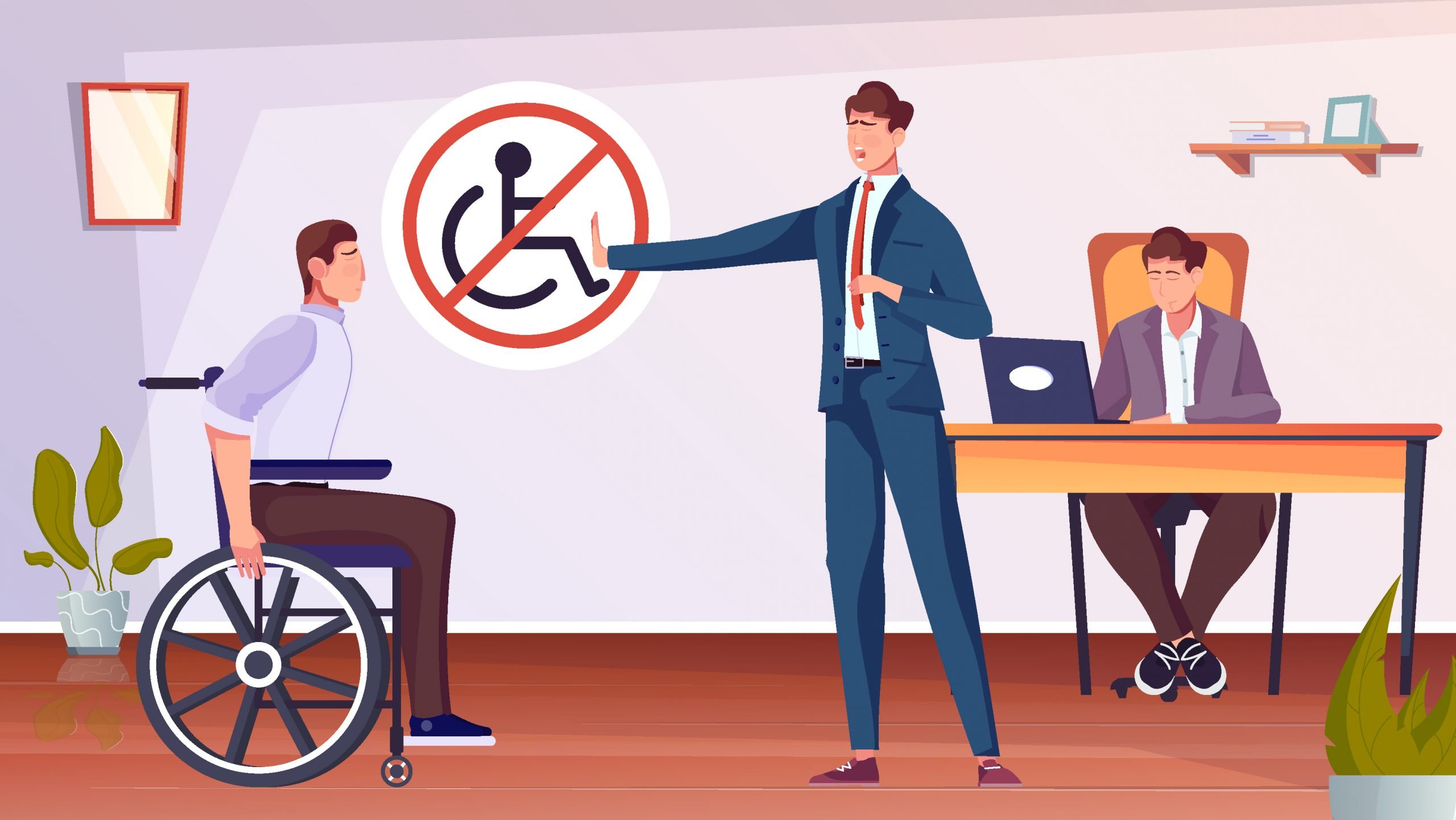 The ADA Gurus Team at Arcor Inc. ask the question: Are Serial Plaintiffs, giving the ADA a bad wrap?

There is no question that the ADA has an extremely important role to play in ensuring that the rights and needs of the disabled are taken into account. There is also no question that many small business owners are proactive and concerned about bringing their businesses into compliance, so that the disabled have equal access to their products and services. Unfortunately, there are always the few that “bury their head in the sand” and refuse to take the necessary steps to get an ADA inspection and identify and remove barriers to access.

Business owners should at least take the first step in order to get more information about the process required to make their businesses ADA Compliant. The CASp Certificate actually functions to HELP businesses owners with the process and reduces their exposure and costly lawsuits. It’s a “no brainer”….everyone benefits, the disabled and the business owner. But, those who abuse this important law, must and should be held accountable! This applies to both the physical environment and the virtual environment.

U.S. small businesses have been battling soaring inflation, labor shortages and supply-chain snarls during the pandemic. Now many are hit by another unexpected challenge: disability lawsuits.

Industry associations and business owners say serial plaintiffs filing dozens or hundreds of cases are increasingly using the 1990 Americans with Disabilities Act to extract tens of thousands of dollars in settlements — and not to promote access as the landmark civil-rights law intended.

Authorities have started to crack down. Last month district attorneys in California announced a civil lawsuit against a law firm they say has filed “thousands of fraudulent, boilerplate lawsuits against small businesses.”

The number of ADA lawsuits filed in federal court alone soared to an all-time high last year, according to data compiled by law firm Seyfarth Shaw, which represents defendants in these cases.

The ADA law was a milestone for civil rights, giving people with disabilities the right to equal opportunity, including access to buildings and transportation. It provides citizens with disabilities the right to seek redress for denial of access, said Carl Tobias, a University of Richmond law professor who teaches about U.S. tort law. “When a federal law provides remedies for people who face difficulties in gaining access to public accommodations, such as hotels and restaurants, those people are entitled to their day in court,” Tobias said.

But it’s the growing number of plaintiffs seeking monetary settlements from local shops or restaurants that has alarmed policymakers and even disability advocates such as Hene Kelly, former chair of the California Democratic Party Disabilities Caucus.

Companies should be ADA compliant, but small businesses are often unaware of violations, and fixes may be physically difficult in old buildings or hilly streets, such as those in the San Francisco Bay Area, said Kelly, who’s now regional director of the CDP. And paying to settle suits leaves less money to fix barriers to access, she said.

“It’s a delicate situation,” said Kelly, who has a disability. “We need something that helps businesses and helps people with disabilities.”

In New York, the number of ADA lawsuits has soared to 2,744 from 125 in 2013, according to Seyfarth Shaw. California accounts for more than half of the 11,452 federal suits filed last year over disability issues.

Among them are hundreds of cases brought by a plaintiff represented by Potter Handy, the law firm that is now the focus of a lawsuit by district attorneys in San Francisco and Los Angeles. The district attorneys claimed in a press release that Potter Handy “likely defrauded tens of millions of dollars” from California small businesses.

“We will hold accountable those who exploit vulnerable business owners, hurt immigrant communities, and subvert the intent of laws designed to promote accessibility,” said San Francisco district attorney Chesa Boudin, who last July started an investigation into ADA lawsuits targeting Chinatown businesses, including many run by immigrants with limited English.

Attorney Dennis Price of Potter Handy wrote in an email: “It is unfortunate that these DAs are picking on disability access advocates for political reasons. Both DAs are facing serious recall threats and are filing these claims in order to generate support.”

One of his clients, Orlando Garcia, has filed more than 1,000 ADA lawsuits in California federal court since 2020, according to data compiled by watchdog Lawsuit Reform Alliance of New York, or LRANY. Garcia has cerebral palsy and uses a wheelchair, according to court filings. Price said he was unavailable for comment.

“I have nothing against ADA requirements. They’re a good thing,” he added. Rogers, who has Parkinson’s disease, said he postponed brain surgery to focus on the lawsuit.

On March 24, after nine months of litigation, a California judge dismissed the case, noting in a filing that the restaurant promptly fixed alleged access barriers and that additional requests, including for nominal damages, were “unpersuasive.”

The suit was “just one more mountain after another to climb over,” said Rogers, who, like many business owners, is struggling with supply-chain issues and inflation.

“I’m sitting on pins and needles every day to see if I’m going to have enough chicken.”

Another defendant was Michael Lee, owner of Sandwich Board, a takeout restaurant also in Alameda. After Garcia sued last June, Lee said he hired an ADA consultant, added a table to the counter and removed a couple of non-compliant tables.

Sandwich Board, started by Lee’s parents nearly 40 years ago, never had an ADA complaint before, he said.

“Sometimes I can’t sleep at night, or I lose appetite. My bank account is just draining out,” Lee said. A judge dismissed the case on March 30.

Now Lee can turn back to other daily challenges. He had resisted raising sandwich prices in the face of 50% price increases for cold cuts and disposable gloves — but finally did so recently.

Garcia’s lawyer, Price, said by email that “our clients find that their requests are blown off, they come back to a business several months later and it’s still non-compliant despite promises from managers and owners to fix it.”

Small businesses also report receiving demand letters on alleged ADA violations. Such letters are routine in the U.S. legal system, designed to give defendants notice of potential claims against them and offering to settle prior to having a suit being filed.

But the settlement amounts may range from $10,000 to $25,000, according to Tom Stebbins, executive director of LRANY. Fearing the possibility of expensive and time-consuming legal action, business owners pay the money, he said.

“It’s an absolute shakedown,” said Stebbins, speaking generally about such settlements, for which there’s no public record.

The real cost of abusive ADA lawsuits is difficult to estimate, according to Nathan Morris, senior vice president at the U.S. Chamber of Commerce’s Institute for Legal Reform.

However, small businesses are disproportionately affected by legal action in general. Those with under $1 million in annual revenues, which accounted for about 7% of the total, bore 39% of commercial tort liability costs, according to a 2020 report from the Institute for Legal Reform. Commercial torts are claims brought against businesses for unlawful acts where they may be held liable.

In recent years, ADA cases have expanded to the virtual world. More than 4,000 lawsuits against websites, apps or video content were filed in 2021, a 15% increase from the previous year, according to UsableNet, an accessibility consultancy.

In Florida, one plaintiff filed 26 suits against gas stations for lack of closed captioning on videos at the pumps. That case was dismissed by a judge who said in court filings that the suit aimed at collecting payments “in an unethical fee-sharing arrangement” with the lawyer. The judge fined the plaintiff and lawyer $59,900 each, according to the filing.

There’s no easy way to rectify the problem. In 2017, a bill by Republican Congressman Ted Poe proposed requiring written notice to businesses about violations and allowing time to fix them before filing a lawsuit. It passed in the House but was opposed by Senate Democrats.

Michael Abbondanza, former owner of Riverbend Eatery near Denver, is a rare example of a business fighting back after his restaurant was sued in 2016 by a plaintiff who filed almost 200 suits in Colorado and Denver between 2015 and 2017, based on data compiled by LRANY.

Abbondanza said he fixed ADA violations and refused to pay a settlement.

“I’m not going to kowtow to that behavior. It’s just not right,” Abbondanza said.

The lawsuit was dropped, but in 2019 Abbondanza sued the lawyers behind it for racketeering. Joel Rothman, an attorney representing one of the lawyers in the counter lawsuit, said he thinks it will be dismissed and that there’s no evidence of wrongdoing.

The case is ongoing — and Abbondanza had to close his struggling restaurant last year.